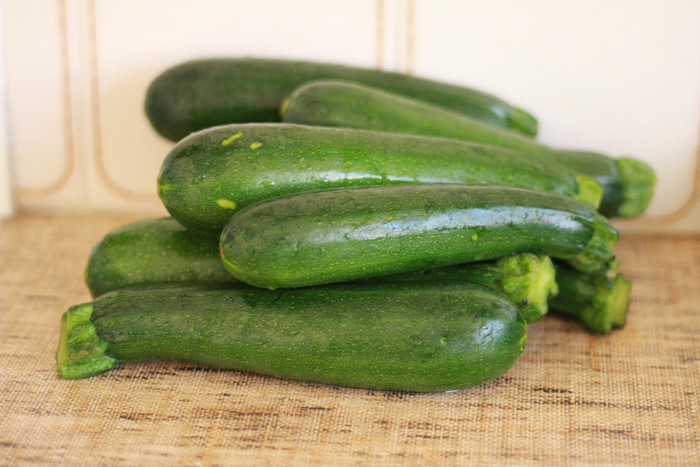 Zucchini are at their best right now. This versatile and prolific vegetable is a boom and bust vegetable. Prices have dropped and those of you growing it at home are likely to be searching for new ways to use zucchini.

I’ve been exploring ways to embrace the zucchini glut – and in particular how to use the giant zucchinis that appear out of nowhere after turning your head for a moment. While travelling, we returned to my mother-in-laws garden to discover nine huge zucchinis, each bigger than my forearm. Some see these giants as a failure destined for the compost – but I saw them as an opportunity to try a few new zucchini recipes.

Zucchini pickles are my favourite zucchini recipe for the season (recipe below). They are an easy and delicious way to use and preserve giant zucchini. Their texture and taste is similar to bread and butter cucumber pickles. 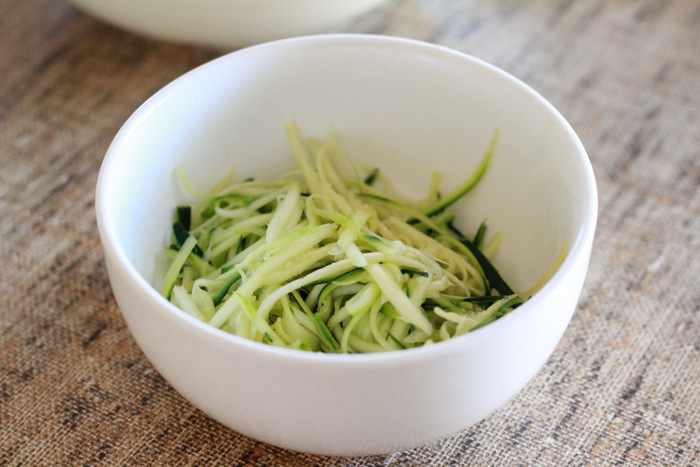 Next on my list of favourite zucchini recipes is zucchini spaghetti. I've been admiring the thin twirls of raw zucchini produced by Spiralisers and Spiroolis, fancy kitchen tools that turn vegetables into a raw healthy pasta alternative. But the last thing I want is another single use kitchen gadget, so I was pleased when I discovered that you can make long thin noodles of zucchini using the humble box grater. 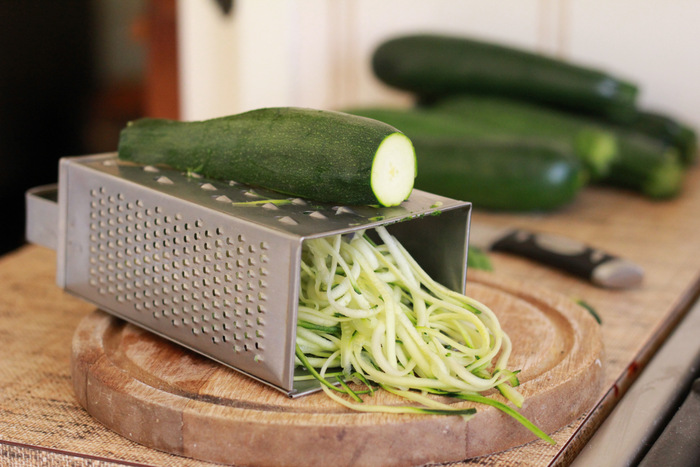 The trick is to put the grater on its side (with the thickest grater face up) and move the zucchini along it in long strokes in one direction. The resultant thin strips of zucchini can be eaten raw, the same way you would eat pasta.

I’ve been enjoying zucchini spaghetti with pesto and also with bolognaise sauce.

If the zucchini season continues much longer, I might even consider instigating an Australian version of National Zucchini Day which is celebrated in the US each summer and otherwise known as "Sneak Some Zucchini onto Your Neighbours’ Porch Day." 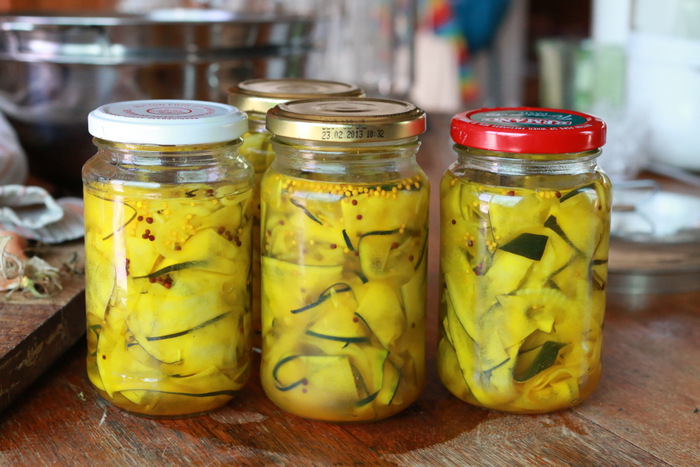 This recipe is particularly good for using giant zucchini that may otherwise end up in the compost. 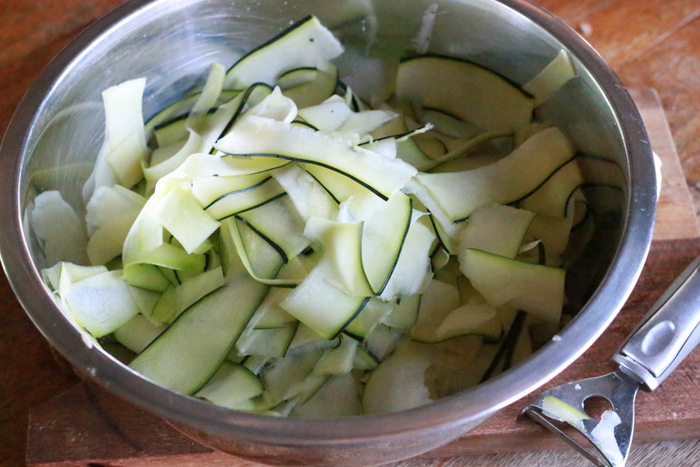 Use a vegetable peeler to cut zucchini length-ways into thin ribbons. If you are using a large zucchini, don't use the middle seedy soft bit. Place in a large bowl with the onion and sprinkle with salt. Stir in the water. Cover and set aside for an hour or so to soften.

Meanwhile...wash and sterilise your jars. I use 5 x 500ml jars. To sterilise, boil clean jars in a big pot on the stove for 10 minutes, or wash in the dishwasher on the hottest cycle, or place in an oven at 120 degrees C for at least 20 minutes.

Tip the zucchini mix into a colander or large sieve, drain and discard the water. Rinse under cold water, drain and press out as much liquid as you can.

Combine the vinegar, sugar, mustard seeds and turmeric in a large saucepan over high heat and bring to the boil. Reduce heat and simmer for a few minutes. 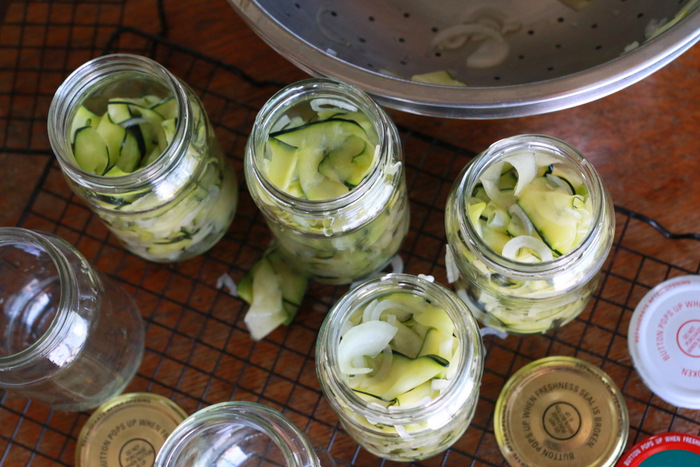 Cool to room temperature then store in the fridge for up to 2 months.

What is your favourite zucchini recipe?

I’ve become a toy grump. On a recent visit to a toy shop, I spent most of my time grumbling about the large number of expensive and unnecessary toys.

High on my list of complaints are toys that can be easily played without spending a cent. An egg and spoon race game, complete with fake eggs and spoons - why not simply use a real egg and spoon? A hopscotch kit - what happened to simply drawing a hopscotch court onto concrete with chalk? A hang man game - all that is really needed is a piece of paper and a pencil. All these games came complete with an expensive price tag and loads of packaging.

At almost seven years of age, Little Eco has outgrown many of her board games. I contemplated buying her a few new board games – but then someone reminded me about playing cards. 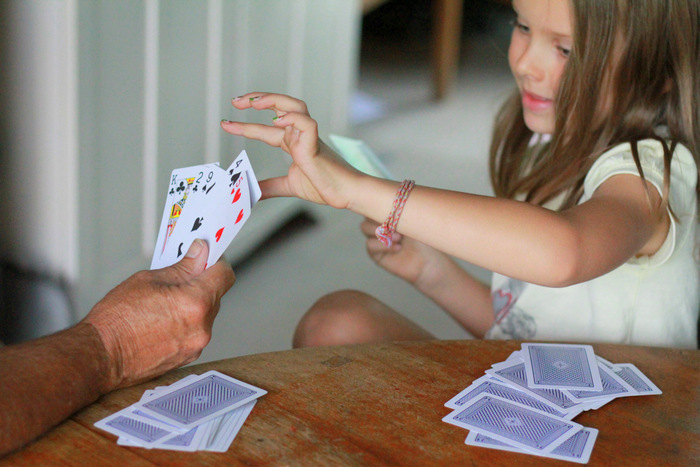 There’s dozens of games for children that can be played with a standard 52-card deck.

We’ve started playing cards as a family after dinner. Our favourite games so far include Go Fish, Old Maid, Memory and Snap. On our list of still to learn are Spoons, Crazy Eights, Slapjack, Solitaire and 21. I remember playing many of these games as a child, but given that my memory is a little hazy, I’m thankful that the rules for these and more card games can be found online.

I like that cards are inexpensive, easily portable and endlessly adaptable.

We’ll increase the complexity of the games as Little Eco gets older. I remember my parents spending many evenings with friends playing Euchre and 500 – so I’m looking forward to finally learning how to play these games. I might even learn how to play Bridge, Canaster and Poker so that I feel equipped to join in card night at our local community hall.

How to want less

I’ve realised that having everything I want is within my reach. I don’t need more money; I just need to want less.

Simple living, sustainable living, voluntary simplicity, minimalism, or whatever you want to call it, isn't about deprivation. Living with less is about deciding what you really want and foregoing the rest. In the wise words of Henry David Thoreau, “I make myself rich by making my wants few”.

I’ve been questioning my wants: a new camera, tablet computer, slow cooker and so on. When I consider these wants against my greater life goals – get out of debt, have minimal impact on the environment, live in a clutter-free home – these wants become secondary. My greater life goals seem more important and all of a sudden I no longer want these things. They may move back onto my list of wants one day, but for now I like the idea of feeling like I want for little. 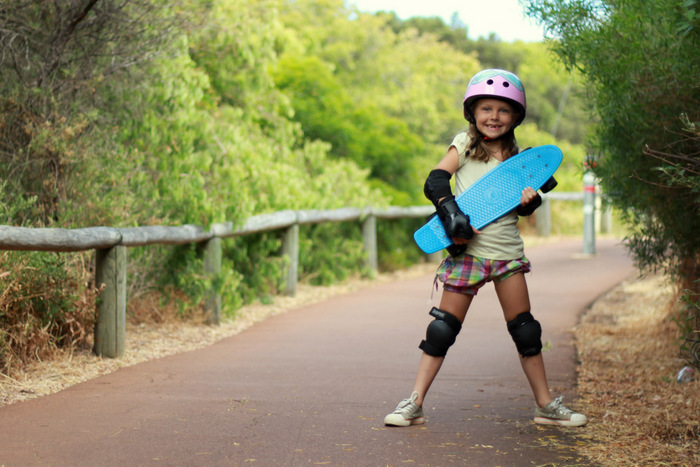 Little Eco really wanted a skateboard for Christmas. I'd have preferred to have bought her something ethically made in Australia from natural materials - but buying her something that she didn't truly want, just because it is ‘eco’, would have been wasteful. So on Christmas morning she received a skateboard from us and safety gear from Santa. 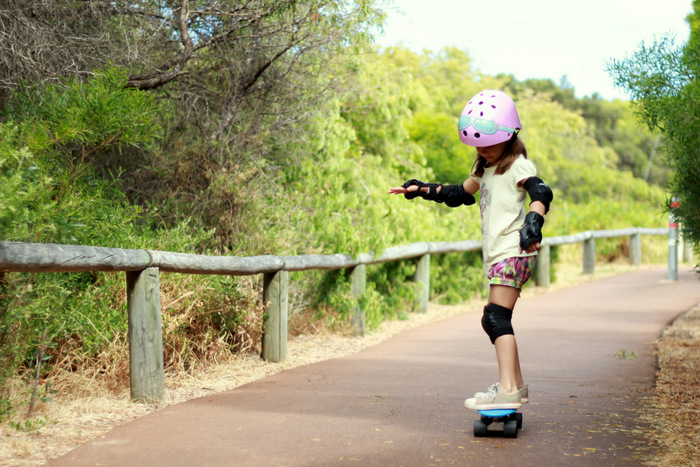 I momentarily questioned our tradition of only giving her two gifts when she sadly whispered “I thought I’d get more”. My heart sank and I regretted not showering her with gifts. Thankfully, her disappointment soon disappeared among time with extended family, gifts from relatives and learning how to skateboard.

Rather than depriving her, I believe that we are helping her learn how to want less and teaching her to appreciate what she has. I hope that by wanting less, she will always feel rich. That said, we have realised we were probably being a bit extreme, and will be reintroducing a Santa stocking next year, filled with thoughtful small gifts.

Perhaps having everything you want is within your reach too?

Question your wants against your greater life goals. If you decide that something is really a want, go ahead and buy it. Cherish it, use it, look after it, and if it becomes something that you no longer treasure, pass it on.

Fill your life with things that are truly important to you and don't clutter your true wants with stuff. 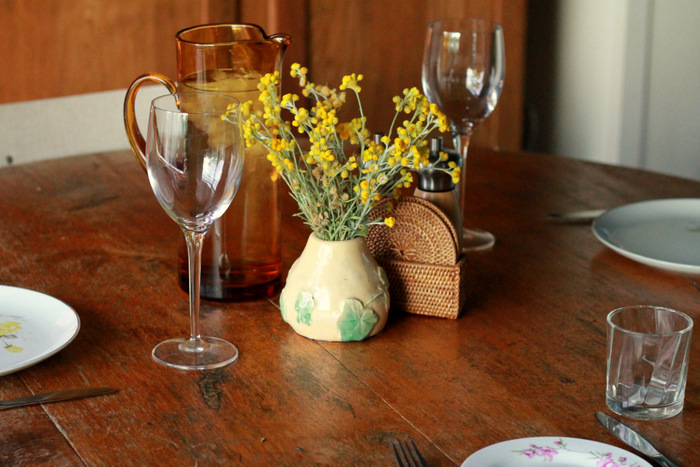 My new year’s resolution is to make our family mealtimes matter. I’ve reluctantly accepted that my days will never be as simple or as slow as I’d like. Thankfully, I believe it’s possible to be busy, but still live ‘slowly’. For me, the key is to pause and create moments of calm among the chaos. Mealtimes are one of my favourite moments to pause and reconnect.

Here’s my plan of attack for making family mealtimes matter.

Turn off the TV, place phones and toys out of reach and clear the clutter from the dining room table. I’ve started adding a vase of flowers. I feel like the flowers send a message that our meal times are worthy of decoration. As an added bonus, sending Little Eco outside to pick a bunch of flowers provides a few moments free from pre-dinner winging: “Is dinner ready yet? I’m hungry.”

Meal planning makes the evening rush hour easier. Frantically trying to work out what to cook or realising I’m missing an ingredient are the last things I feel like doing at the end of a busy day.

A family ritual at the start of each meal creates separation from the previous moments of chaos. I like to think of it as a ‘reset’ button - separating the previous rush from the subsequent calm. We’ll continue to start our meals with ‘roses and thorns’, a family tradition I first encountered at a friend’s table. I was inspired by how it facilitated communication. Everyone takes a turn describing a good thing that happened that day (rose) and a low moment or tough problem that they had to deal with (thorn).

4. Serve food that nourishes the body and soul.

I appreciate the value of food that not only nourishes the body, but also the soul. For me, that means simple whole food that has a story to tell. Vegetables from our garden, foraged food, and local produce.

5. Extend family meal time by playing a game at the table after dinner.

Post-dinner board games are popular in our household. This year were planning to embrace chess and card games.

I hope 2014 brings you many family meals that matter.