I enjoy looking back at which posts were popular with readers. This year, common themes were simplify and diy.

Here are the top posts (according to page views) for each month of 2013. Click on the image to be taken through to the original post. 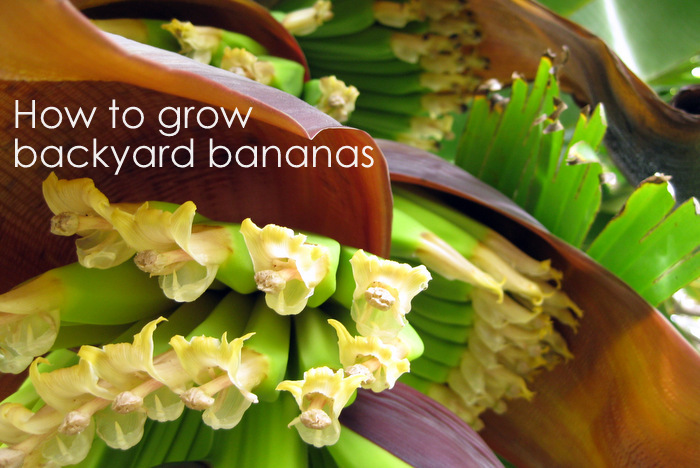 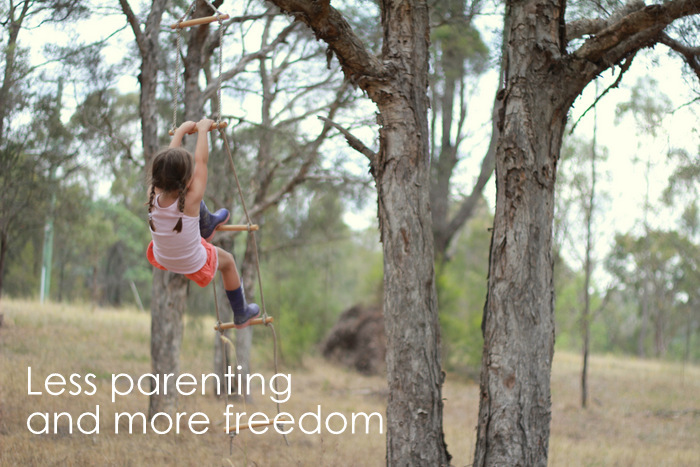 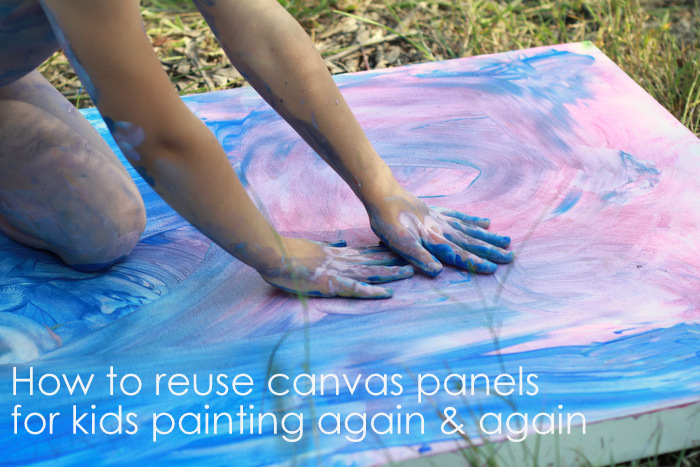 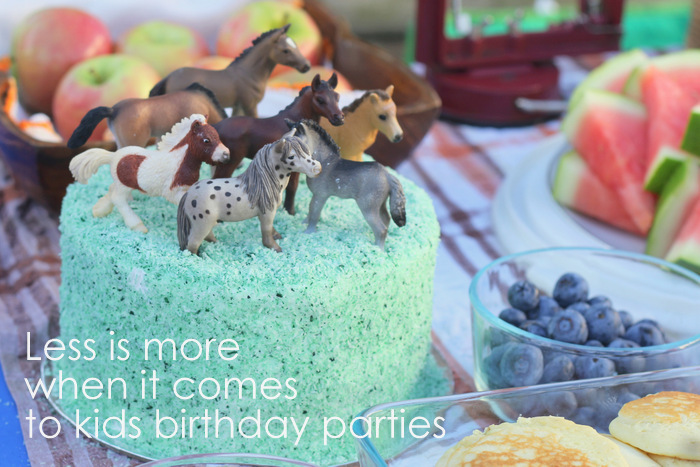 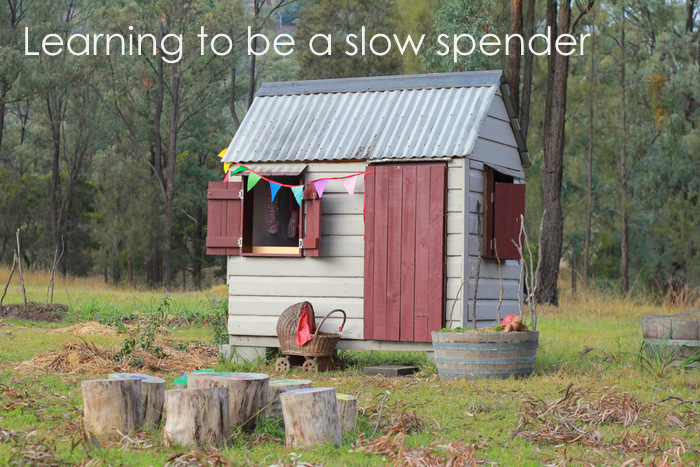 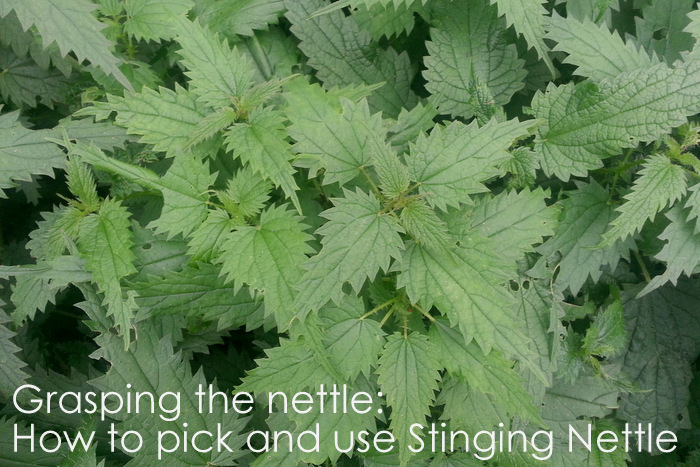 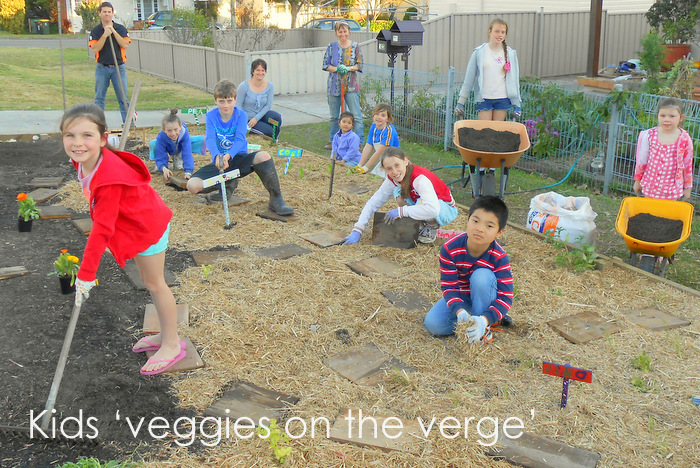 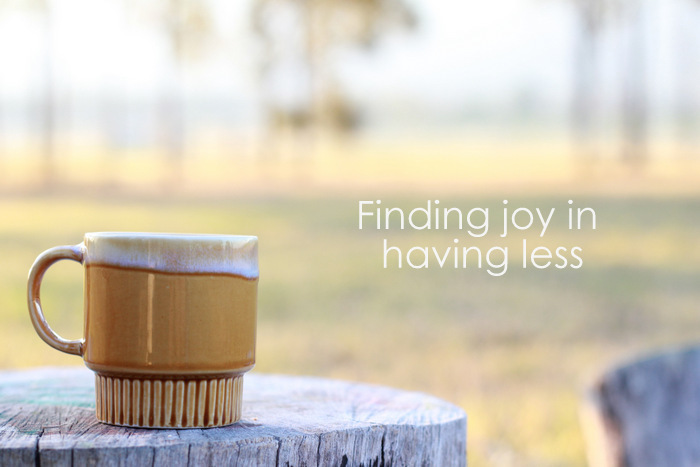 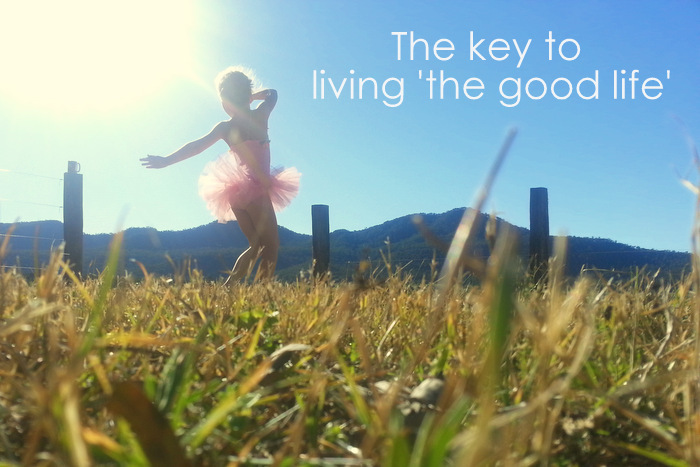 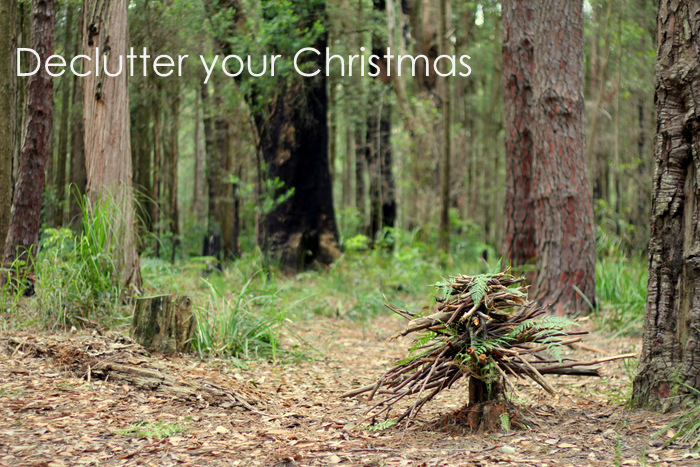 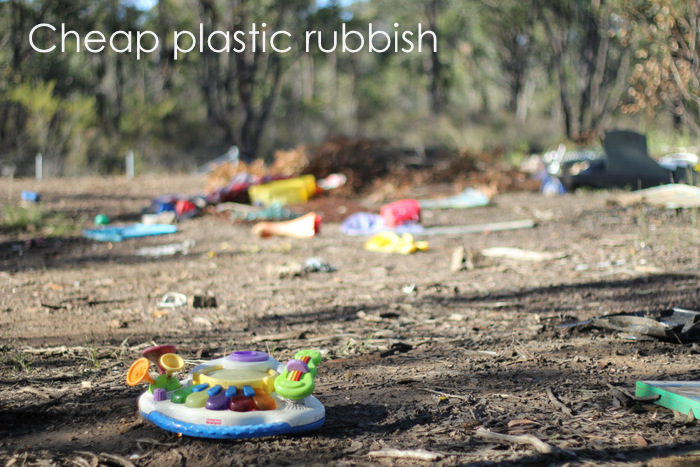 Yay! This space turns five today. I'm extremely grateful to you - for sharing your precious time with me. Thank you.

My intentions for Little eco footprints are still the same as recorded back in my first post five years ago:

"My greatest wish is that our journey will inspire others to live a more sustainable life so that my Little Eco can enjoy the quality of life with her children that we share with her."

Wishing you a calm, creative and meaningful 2014.

I love knowing where my food comes from, partly for environmental and ethical reasons, but mostly because it adds joy and meaning to my life. My Gran used to delight in starting every meal with a tale of where the food came from. “The beetroot and beans are from our garden and the mushrooms are from Uncle Bernie”, she would say. I hear myself telling similar tales before our meals these days. “The lamb is from Tom, the corn from Mick, and the pumpkin was grown by Dennis.”

I’m able to connect with the farmers that grow our food only because they are small-scale family farmers. Farmers markets, food co-operatives, and being able to buy direct from farmers online, make it possible for us to know the farmers that grow our food. Greengrocers and butchers are also often happy to tell you about the farmer behind their produce. On the other hand, we have no chance whatsoever of knowing the farmer behind the produce sold in supermarkets and grown by big agribusinesses.

Given my preference for buying food from family farms, I was excited to learn that 2014 is International Year of Family Farming. The year was declared by the United Nations to highlight the important role that family farms play in improving food security and preserving natural resources. Family farmers are being acknowledged for their vital role in sustainable food production. I recently visited one of my favourite family farms – the Little Black Cow Farm near Branxton in the Hunter Valley. David and Kim Barnes grow grass-fed beef, run a farm stay and grow much of their own food. They are typical of many of the family farmers that I know - they are passionate about the land, the welfare of their animals, and the quality of their produce.

David and Kim are working towards gaining more control over the welfare of their animals. Up until now, their cattle went off to a sale yard, from where they may have spent their last few months in an intensive crowded feed lot. David and Kim can now sell direct to the public so that they can ensure their cattle are humanely treated for their entire life. If you are interested in more information you can contact David and Kim.

I’m going to embrace International Year of Family Farming and do my best to buy mostly from family farms. Would you like to join me? All we need to do is steer clear of the supermarkets and instead, shop at the greengrocers, butchers, farmers markets, food co-operatives and direct from the farmer. Sounds like fun to me.

Posted at 09:00 AM in sustainable communities, sustainable food | Permalink | Comments (5) 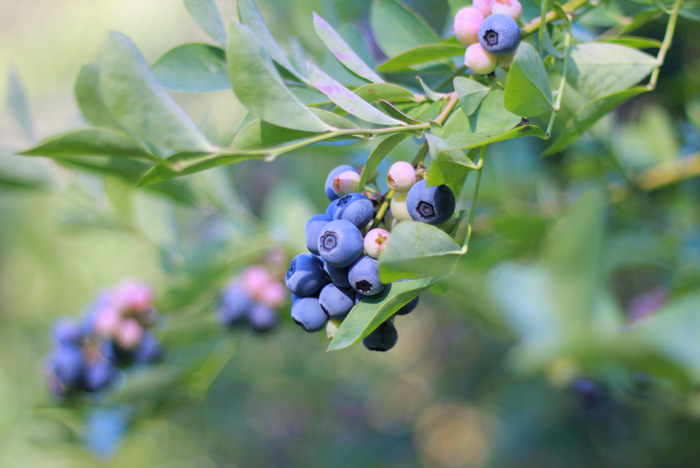 Some things are worth waiting for – and blueberries are one of them. I recently enjoyed my first blueberry for the season. That first delicious blueberry was made all the sweeter by ten months of going without.

Sure, I could buy imported frozen blueberries from the supermarket all year round, but those blueberries come with an environmental cost of increased fossil fuel usage and greenhouse gas emissions. They are also a whole lot more expensive than fresh seasonal blueberries. 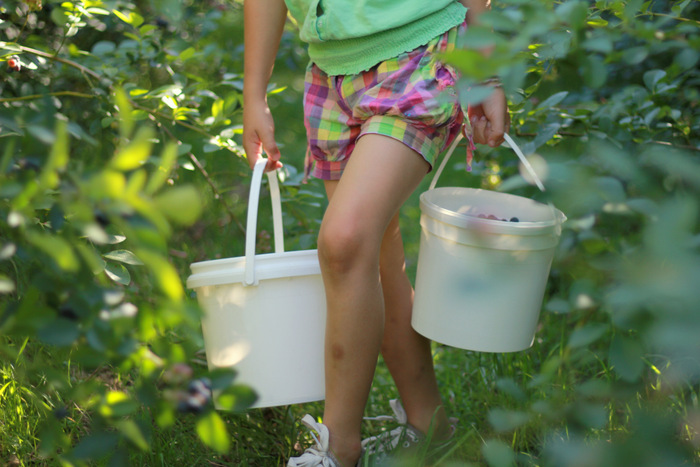 For me, the benefits of seasonal eating extend far beyond reduced food miles and saving money. If blueberries weren’t such an anticipated treat, I’d miss the excitement of discovering that blueberry season has begun. It means an eagerly awaited trip to pick buckets of blueberries. 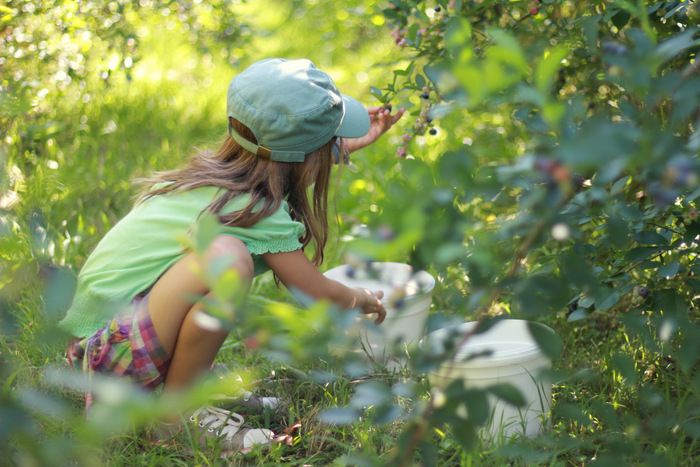 We recently visited Misty Valley Farm in the lower Hunter Valley where you can pick your own blueberries. Last year we picked three kilograms and stashed them in the freezer. I naively thought that they would last a couple of months – but they barely lasted a couple of weeks given my family’s appetite for blueberries. 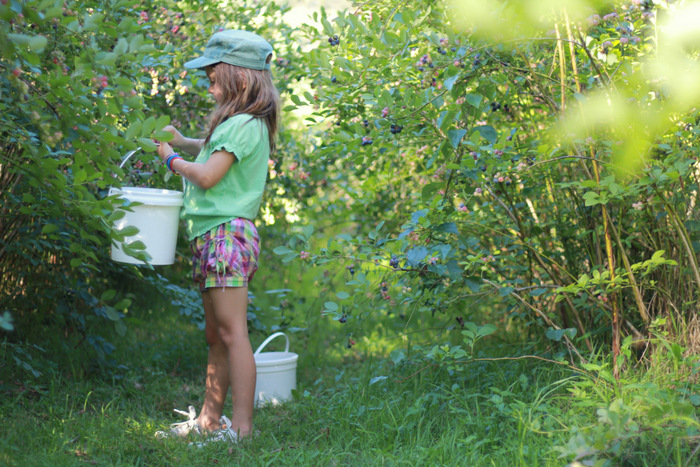 This year, I will make sure we go blueberry picking more than once during the season (predicted to last until late January/early February) to well and truly take advantage of this very delicious time. 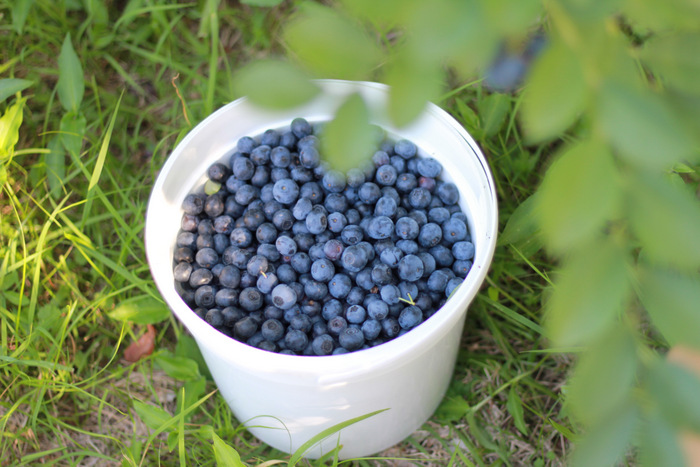 Frozen blueberries nibbled on their own are one of my favourite summer snacks. We’ve also been making a quick and easy blueberry banana ice-cream by blending frozen bananas and blueberries in a food processor. I also love that blueberries magically turn plain yoghurt or porridge into something far more delicious. 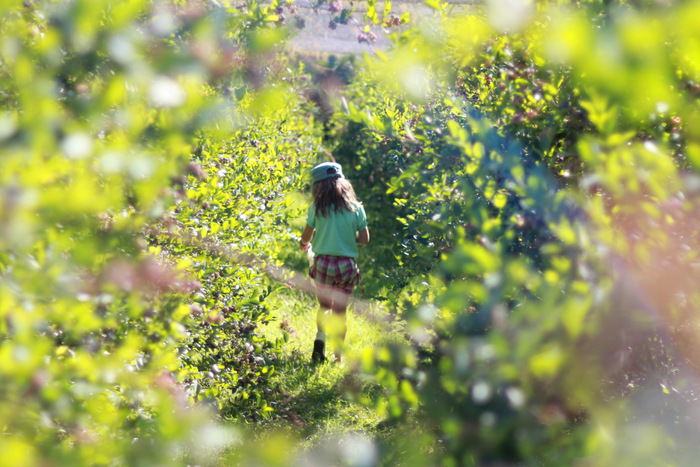 For more information on picking your own blueberries at Misty Valley Farm visit their new website.

Wishing you all a relaxing and meaningful festive season. 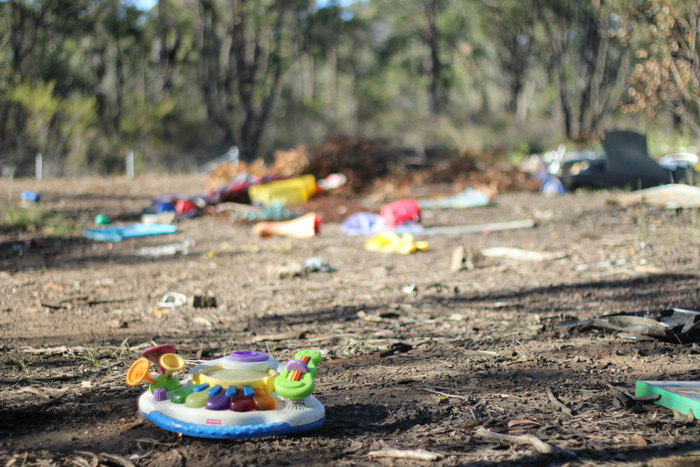 I stumbled across a pile of plastic toys dumped in bushland a while back. The scene clearly illustrates one of the problems with cheap plastic toys. They never ever go away. Every molecule of synthetic plastic ever created is still in existence somewhere on the planet, unless it was incinerated. 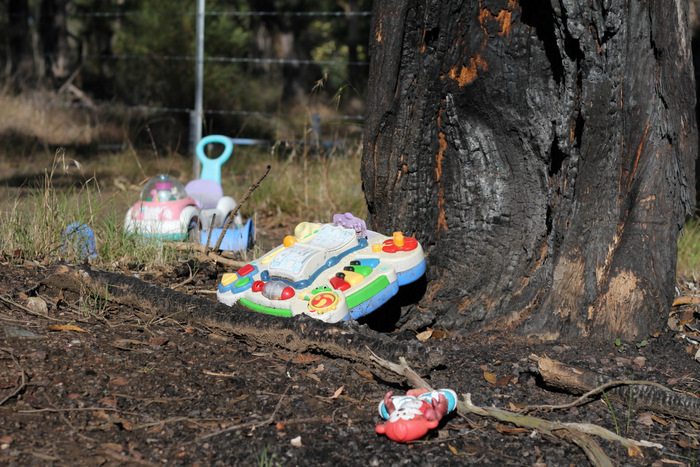 Long after plastic toys break (and sadly that’s often shortly after they were purchased) the plastic is still here. At best it’s recycled or buried deep in landfill. At worst it’s dumped in bushland and makes its way into waterways, ending up in the ocean where it contributes to a myriad of problems including the death of marine life.

A few years ago Little Eco really wanted Santa to bring her a pink plastic battery operated toy cash register. The packaging contained almost as much non-renewable petroleum-based toxic plastic as the toy and it was probably made by people working under very poor conditions. 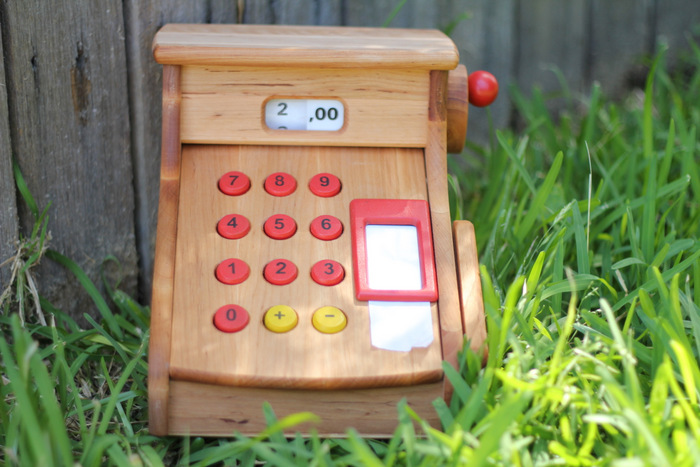 Thankfully, Santa took the time to search for a safe, durable, ethically made timber cash register. It had buttons to press, a bell that rung, dials to turn, paper receipts to issue, a place to store coins, and even a scanner and credit card swipe - all this without the need for a single battery.

This very loved toy is still in perfect condition three years later – and will last long enough to be played with by Little Eco's children and grandchildren or to be passed on to numerous other children. I’m certain the plastic one would now be broken and discarded.

Choose quality over quantity when it comes to toys

Now that we are well into the countdown to Christmas, it is probably a good time to remind ourselves of the phrase ‘quality over quantity’. This phrase is particularly relevant when it comes to toys. Apparently, ‘lower priced’ ‘impulse purchases’ are one of the fastest growing areas for toy sales. I imagine last minute frantic Christmas shopping for just one more stocking stuffer, or just one more toy, contributes to this growth.

Before you head out for that last minute shopping spree, stop and consider the true cost of those cheap toys.

A tale of two hams

At the risk of spoiling your Christmas ham, I thought I’d tell you a tale of two pigs. 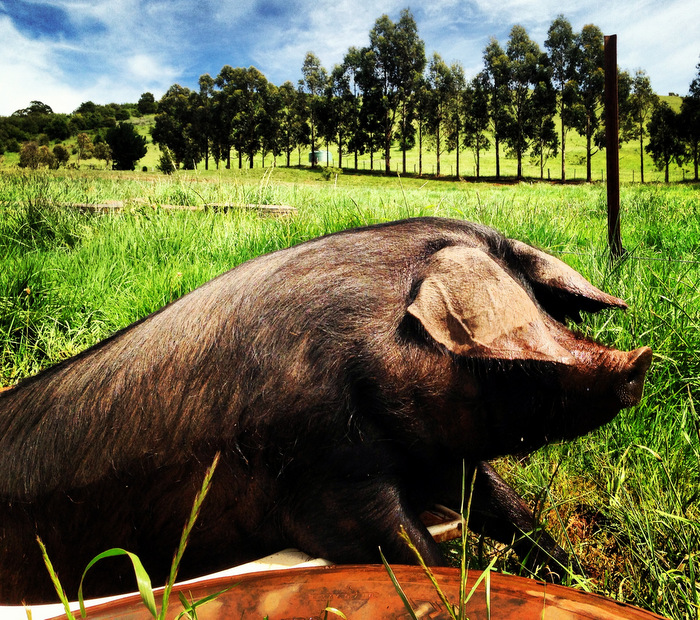 Charlotte lives on a small farm producing ‘ethically raised pork’. She is free to roam, dig, wallow and forage for food. At seven months old she lives in a two acre paddock with 20 other pigs. She is moved onto fresh ground every month or so. She is happy, comfortable and healthy.

Charlottes first few weeks were spent in a nursery paddock with her mum Prudence, her mums’ constant companion Pink and 20 other piglets. Prudence and Pink each had their own farrowing stall full of deep litter where they made a nest for their piglets.

At around seven weeks Charlotte moved into a weaner paddock where she continued to play in the mud with the other piglets. Prudence and Pink then moved in with Elvis the boar, where they remained for around two months before returning to the nursery paddock.

Fran lives on an intensive pork farm. She lives indoors. She will never dig in the dirt or wallow in mud and has spent her entire life on concrete. At six months old she lives in a crowded pen with only 1 m2 to herself. She is bullied, anxious and bored. She lives in conditions typical of the majority of the 4.75 million pigs raised in Australia each year.

Both Fran and Charlotte are destined for the Christmas table.

For Charlotte the trip to the abattoirs will be, to quote innovative farmer Joel Salatin, her ‘one bad day’. As for Fran it will be the end of many bad days.

What can you do?

The power to change the way pigs are raised in Australia is in your hands – or more specifically, in your wallet.

Consumer demand has already driven the move away from gestation stalls. Over 50 per cent of sows in Australia now spend no time in a gestation stall.

If you would prefer your ham to have enjoyed a life like Charlotte (for the curious –she lives at Jonai Farm), visit your local butcher or organic store and ask for free-range. You can also find a list of Australian free-range pork producers at tammijonas.com and flavourcrusader.com.

Hopefully you still have time to find a happy ham for your Christmas table.

For an informative and inspiring short film on the alternatives to factory farming visit www.makeitpossible.com.

The hypothetical Fran was based on material provided by Australian Pork (including their Aussie Pig Farming website) and the Model Code of Practice for the Welfare of Animals: Pigs.

There's numerous Charlottes living at Jonai Farm. The Jonas family affectionately name all female pigs destined for slaughter 'Charlotte' (the boys are called Wilbur). The life of Charlotte was based on material provided by Tammi Jonas and the Jonai Farm website. Prudence, Pink and Elivis are three real and very happy pigs.