Do you embrace moments of silence? 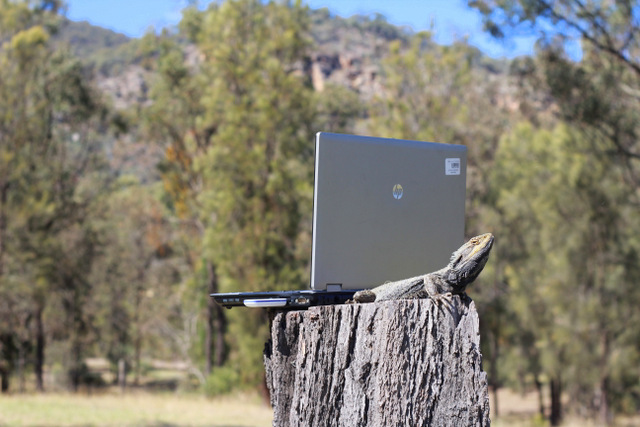 I've stumbled across a few words about silence recently that have stayed on my mind.

"Silence is the universal refuge, the sequel to all dull discourses and all foolish acts, a balm to our every chagrin, as welcome after satiety as after disappointment."  ~Henry David Thoreau via New Urban Habitat

"Never miss the opportunity to say nothing”. ~ Mark Garvey via Talking Plants

Silence seems rare these days. I worry that there's too much talking and not much listening and contemplating, particularly in a world busily devouring social media.

Do you embrace moments of silence? Or look to fill them as quick as you can?

Wondering about the picture? I'm still on the road and stopped in at our little farm on my way from one workshop to another. I was determined to work there despite sporatic internet and mobile phone reception. I placed my lap top upon a stump to try and download some emails. I returned ten minutes later to this... an Eastern Bearded Dragon sharing the spot with my lapo top. Thankfully he moved on a little later.

Five other uses for my 'Homemade moisturising body bar' 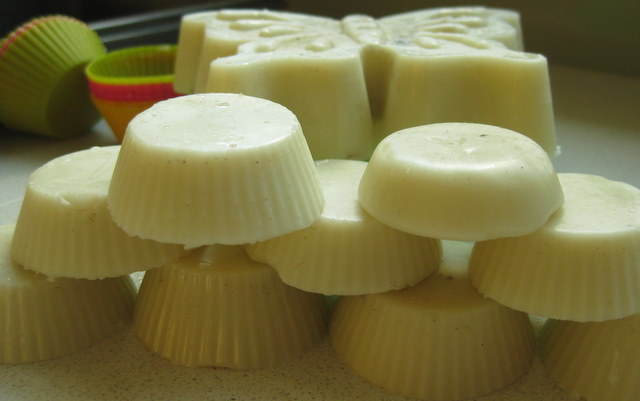 One of my most shared posts is my 'Homemade moisturising body bar recipe'. Have you tried it? It's good.

I thought I'd share five other ways I use this body bar:

#1.  As a barrier to prevent henna dying my skin, when dying my hair with henna. I apply it along my hairline. It works a treat and is petrochemical free, unlike Vaseline.

#2.  As a lip balm. I've put a little in an old lip balm tub. It's delicious and nourishing.

#3.  As a face moisturiser on cold winter evenings or really cold days. I put a small amount (about the size of an pea) in the palm of my hand, rub my hands together until it melts and then smooth my hands over my face.

#4.  To protect hands while gardening. It also makes hands and nails easier to clean afterwards.

#5.  As a hair wax to calm frizzy and dry hair. I melt a small amount in the palm of my hand, like when using it as a face moisturiser, and then brush my hands through my hair.

I'm hitting the road today. I'm off to run workshops on the management and identification of native vegetation in Scone and Deniliquin. Little Eco is having a holiday at my Mums for two weeks while I'm travelling. I'm missing her already, but on the other hand I'm bouncing with excitement at the idea of two weeks doing something I absolutely love and not having to look after a husband or child. Two weeks of just being just me.

I hope you find a few moments to be 'just you' too.

I'm having fun elsewhere this week.... 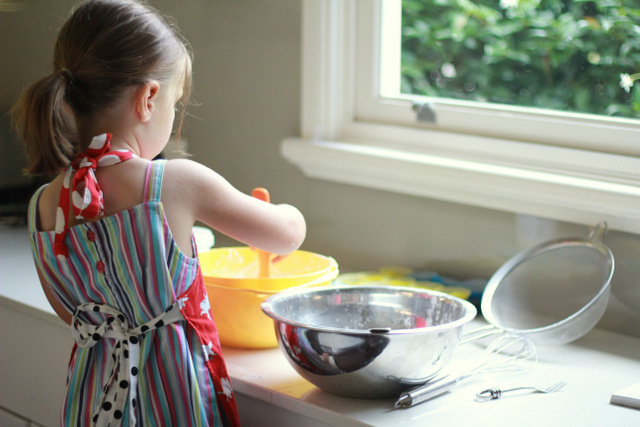 I'm over at Childhood 101 sharing some tips for being a mindful mum in a busy world... 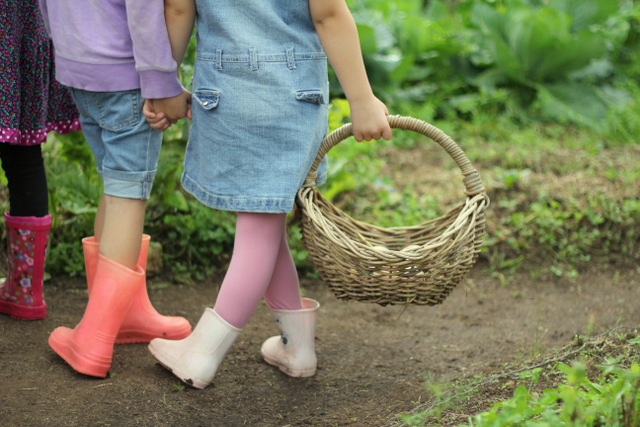 ...and Little Eco's fifth birthday party is featured over at Apartment Therapy.

Do you get a sense that simple living could go mainstream? I truly hope so.

How to make your own super thick yoghurt 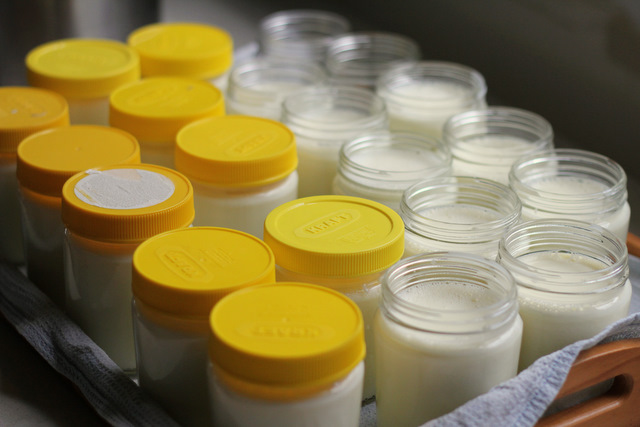 I make a few litres of yoghurt every month or so. I started making it regularly during one of our no-spend challenges. I didn't have any culture or a thermometer or a yoghurt thermos. I spotted Siobhan's delightfully simple yoghurt making method and loved that I didn't need to buy a thing. All you need is the dregs of yoghurt from the bottom of your last tub and milk. Each step is simple and uncomplicated. For example, you heat the milk 'until it starts to froth at the edges but hasn’t quite boiled' and then cool it 'until you can place the palm of your hand against the side of the pot'. I used this method for around a year. I had plenty of failures but also learnt a lot about how to improve my yoghurt making.

I then bought a thermometer and have since perfected my yoghurt making so that each and every time I get a super thick delicious yoghurt.

I was planning to share my yoghurt making method. But then I spotted Typically Red's homemade yoghurt tutorial. She uses a method almost identical to mine and her pictures even look like the ones I'd taken to include in the post. So instead of repeating the steps here I'll send you over to her yoghurt making instructions. The variations I make are related to making the yoghurt thicker.

#1. Add a few drops of Calcium Chloride to the milk prior to heating.

#3. Incubate the yoghurt at 40 degrees celsius for 8 - 12 hours. Longer incubation time results in a thicker yoghurt, but the trade-off is that if you leave it too long it becomes sour.

Do you have any yoghurt making tips?

What would inspire you to care about threatened plants?

National Threatened Species Day is held on 7th September each year - commemorating the death of the last Tasmanian Tiger at Hobart Zoo in 1936.

Have you read the children's book 'I Saw Nothing: The Extinction of the Thylacine'? I can't help but cry each and every time I read that book to Little Eco.

The idea that we can sit back, watch, and do nothing while hundreds (if not thousands) of species become extinct horrifies me.

National Threatened Species Day aims to raise awareness of the plight of threatened species and to encourage community involvement in their conservation.

The general public is typically aware that many of Australia’s animals, like the Tasmanian Devil and the Hairy-nosed Wombat, are threatened with extinction. But they are often not aware that hundreds of Australian plant species face extinction.

More than 40 Australian plant species have become extinct since European settlement and over 1000 species are considered likely to become extinct within our lifetime unless something is done to reverse their decline.

Plant conservation, in reality, is what motivates me to write this blog. It's our mindless consumption and addiction to stuff that is driving species to extinction.

But I rarely, if ever, write about plant conservation in this space. Thats because I know most people aren't interested. Most people just don't care about threatened plants. I'd lose readers and achieve nothing.

But I'm interested. What would help you to care about threatened plants?

Also - what's your 'thing' and how do you encourage people care about it?

Would you like to see a couple of pretty pics of plant species that are likley to become extinct in the next decade or so unless we do something? Here's a slide show of 21 of Australia's most threatened plants that I put together to celebrate the Australian Network for Plant Conservation's 21st Birthday. Make sure you click-on 'show info' in the top right corner to see the text. The slide show is best viewed at full screen (select the box with four arrows in the bottom right).

I've spent a fair chunk of my working career over the past 6 years working to save #4.

I'll return to my regular fortnightly foraging friday post in a fortnight.